What Will You Drive In The Zombie Apocalypse?

The other day I was sitting at a bar with with my wife and she asked me what we would be driving if sh*t hit the fan. Not a bad topic, I thought. Hell, it could happen tomorrow. What would we be driving? I replied, "are we talking War of the Worlds, Zombieland or Last Man on Earth?"  She answered, "your call."

Well hell, I have always fancied myself as being a more like Tallahassee than Phil Tandy Miller so I nutted up, took a drink of my old fashioned and said, "if zombies take over the world,  we are going old school. There is no way that a Tesla or any other electric car will make it more than a week in a crisis situation. They would be dead on the side of the road wishing for a charging station. We need something that I can work on. A car that I can scavenge parts for. A car that won't fall apart if I clear a row of foot-draggers for 5 points a head. The zombies are going to hear us coming, and then get ran over."

Knowing my love for switching up daily drivers, I would never settle on one. These are the three we came up with.

The last of the General Motors station wagons have a lot to offer to a couple of zombie killing marauders. First and foremost, a place to sleep. According to healthline.com, the longest recorded amount of time that any human has gone without sleep is 264 hours, or just over 11 days. The longest either of us has gone is a little over two days. That was back in my twenties and I have slowed down considerably since then. Not to mention, by the end I was pretty loony; I thought my feet were about to fall off and was in no shape to kill zombies or drive. Second, the wagon offers plenty of storage to haul some essentials like food, water, clothes and toiletries. Third, quite a few of the Impala station wagons were Super Sports. These were essentially a wagon version of the police car, which came with a 5.7 liter LT1 V8 engine that bumped out 260 hp and 330 lb-ft of torque. That means I have a pretty good shot at finding a wagon with a few extra buff ponies under the hood. Giddy-up! 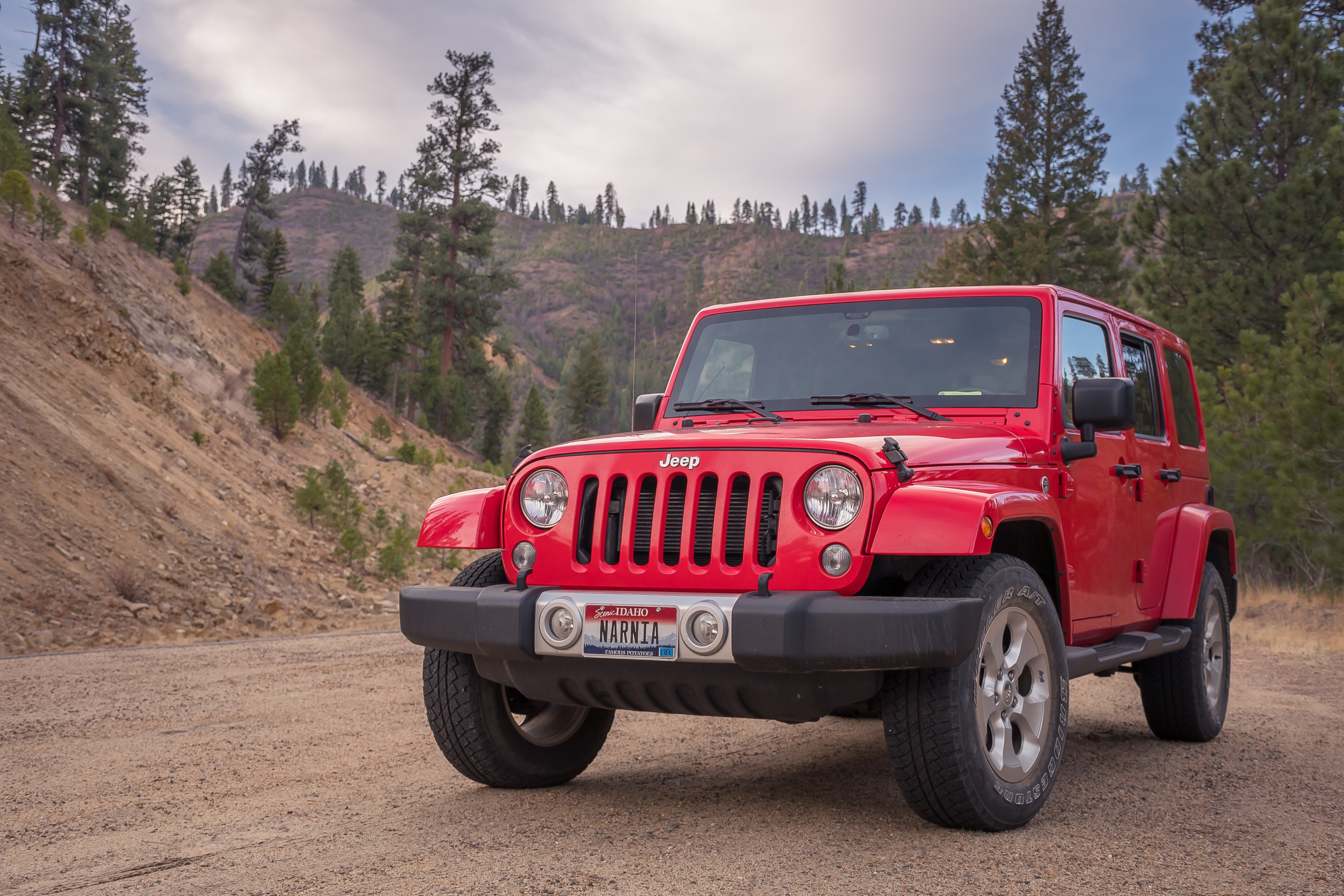 Let's start with the obvious-Jeeps Wranglers are great for off-roading. Not saying that I will be taking to the trails, but I can see how avoiding a road may come in handy when the walking dead are taking up both lanes. Second, it wouldn't be difficult to find a one that has been customized. Most Wranglers already have a deer guard, lift kit, spot light and stock spare tire. Third, Jeeps are durable. They were designed to operate in rugged environments. But, if something does break, parts should be easy to find due to the fact that they are so plentiful.  Sure, the window might not go up and the speaker sounds like a fuzz box when turned up past two, but it will drive forever. 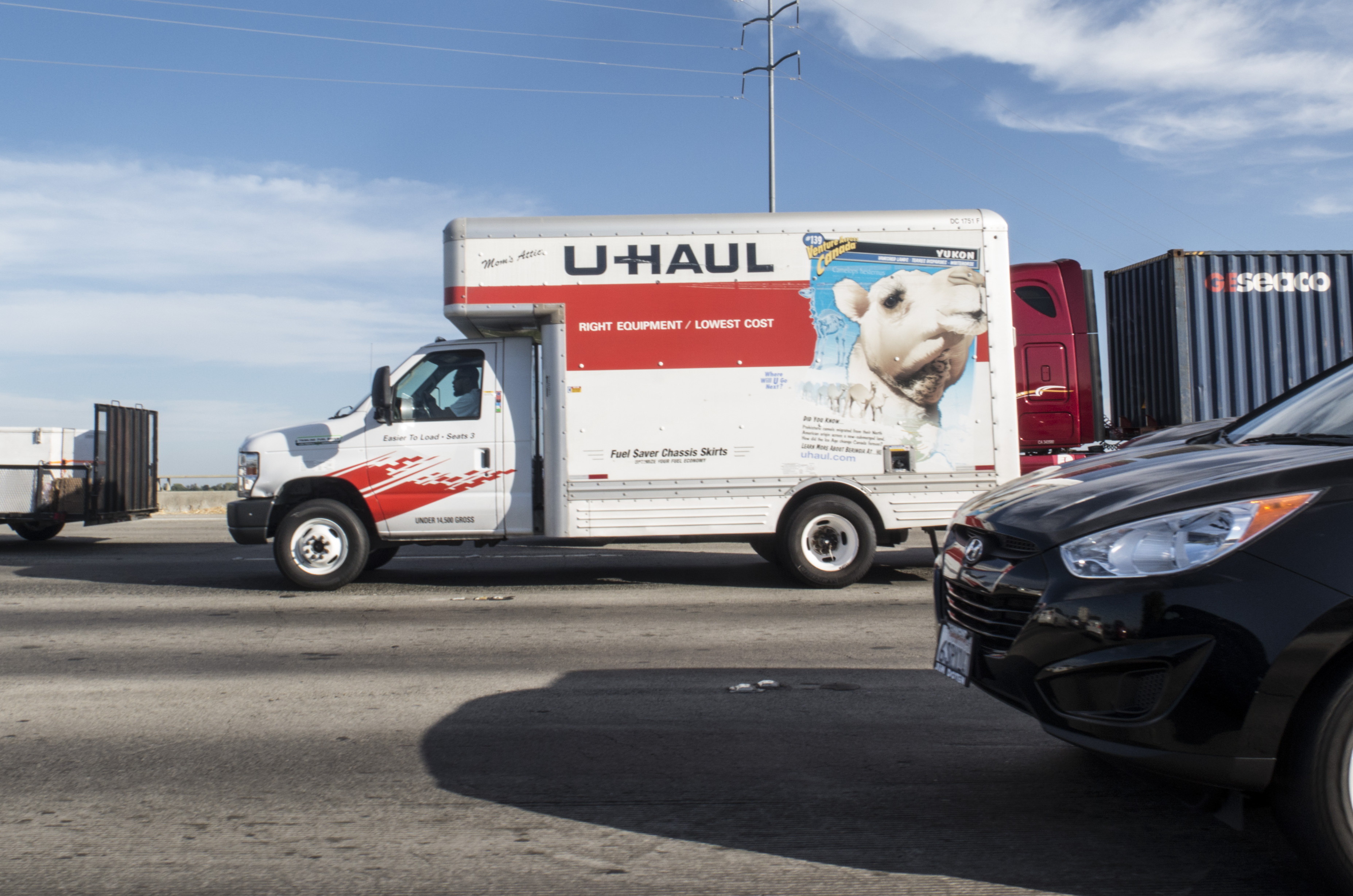 15ft Uhaul box trucks are built to take on an undead-filled apocalypse. Ok, so the big down side is they only get 12 or 13 miles to the gallon, but they are a marauders dream vehicle. Picture this, you can scavenge your way across America and not have to leave that pallet of beans behind. With a Uhaul, you will not have to bother going around anything: they will drive over most obstacles. Plus, it is easy to set up camp in the back of one and the over cab storage area is tailor made for a bed. They are a cargo van but better.

If You Have a Different Idea

If you have a different idea of what you would be driving during the apocalypse, let us know in the comments below.

Our Ten Rules to Surviving a Zombie Apocalypse

Never stray from your family or group. To live, you will need someone who will always have your back. Whether this is your wife and kids or a chosen family, life is not lived alone.

2. The Only Thing Worse Than Zombies Are Politicians.

Politicians excel at lying. They will always violate the public's trust for personal gain. During the apocalypse, you will need to surround yourself with people who are easily able to be measured by their actions, not their words.

Too many people look at battles like potato chips. They want the whole bag. Put some battles back. You do not need that many arguments in your life. Not everything is worth flipping out over. Most of the time peace is better than being right.

Fact: water is the leading cause of drowning. Fact: all serial killers, rapists, drug dealers and politicians have admitted to drinking water. Fact: bad water can send you to the bathroom faster than a misguided order at Taco Bell. Water cannot be trusted, be careful around water and always boil it before you drink it.

5. Always Check the Back Seat

This one should be part of your daily routine today. You never know what is back there. Someone could be sleeping. It could be an alligator. Or it could be the un-dead looking to turn you into a Happy Meal. Either way, don't jump in a car without giving it a once over.


6. Only Shoot When You Are In Range.

Movies and TV shows make it look like a gun has an endless supply of bullets. They also make it look like Buffalo Bill sharpshooter marksmanship is something that everyone gets after a couple of shots. This is not reality. Very few people are able to hit a target while popping off shots with their gun pointed every which way but loose. The truth is, firing a gun is like learning to spell: it takes a lot of practice. If you plan on having a gun, learn how to use it.

Like a 1957 Chevy, the classics will never go out of style. You can get by without toilet paper, but you will not survive without food or water. If you are lucky enough to have a supply of food and water, do not take it for granted.

8. Always Carry a Weapon Besides Your Gun

Guns are great, but they are of little use without bullets. The worse part is, bullets are heavy and if you are having to run for your life, the chances of you being able to carry more than a few clips of bullets is slim to none. That means you need a weapon that is not dependent on anything other that your sheer will to survive.

9. Never Leave the Extra Roll of TP Behind.

When you are driving from camp to camp you will most likely feel the calls of nature. Nothing feels better than wiping your bum with a two or three ply roll of toilet paper. Sure, in a pinch, leaves, rags and magazines will always work, but no one wants to wipe their fanny with anything less than a soft quilted pattern. So, when you are heading out to get supplies, don't forget the TP. This is a luxury worth putting on your pre-flight check list.

10. Don't Forget To Brush Your Teeth

This is the zombie apocalypse, not Britain. Brush your teeth you filthy animals. The chances of you getting to visit a dentist every six months will be none. That means that you will need to step up your dental care game to compensate.

If You're Wondering What to Pack in Your Bug Out Bag, Here's a Handy Infographic to Help: